Our ethos is simple – we only serve authentic and traditional Pasteis de Nata throughout the day, every day, handmade by our artisan pastry chefs using the finest quality ingredients.

Santa Nata is named after the home of the original Pastel de Nata from the parish of Santa Maria de Belem in Lisbon, Portugal. We want to celebrate the tradition of Portuguese baking, bringing Pastel de Nata to life by showcasing the theatre of the chefs at work. No matter what time you stop in, there will always be a fresh batch to eat in or take away – just listen for the bell.

The original Pastel de Nata dates back to before the 18th century, where they were created by monks at the Jeronimos Monastery in the parish of Santa Maria de Belem in Lisbon. At the time, egg whites were used for starching clothes, which meant the leftover egg yolks were transformed into cakes, pastries and desserts. In 1834, all of Lisbon’s convents and monasteries were forced to close, so the monks began to sell the sweet pastries to survive.

Portugal is famed the world over for the Pastel de Nata – crisp, flaky layers of pastry with a delicious, creamy egg-custard filling and a dusting of cinnamon. 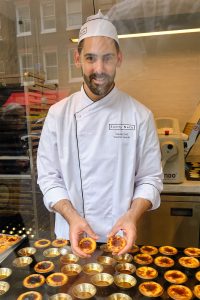 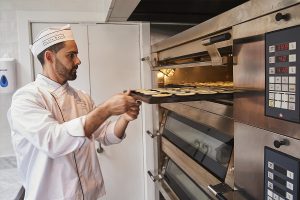 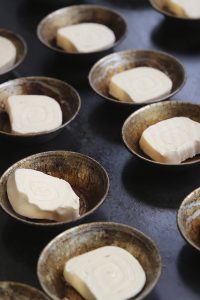 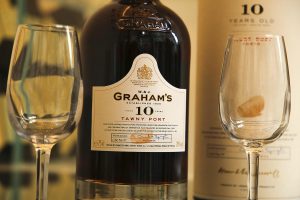 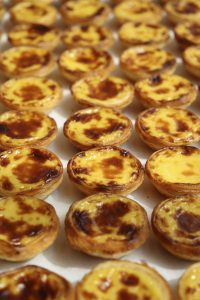 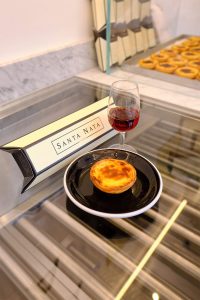 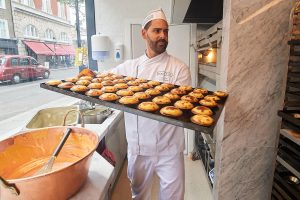 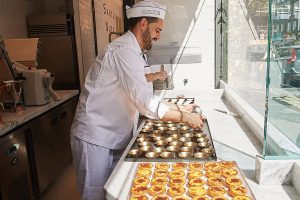 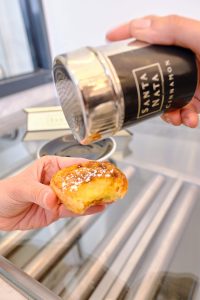 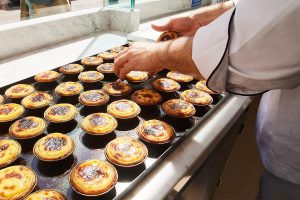 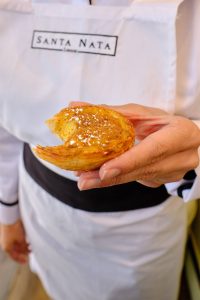 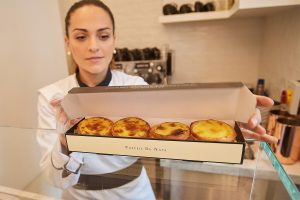 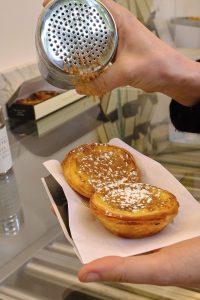 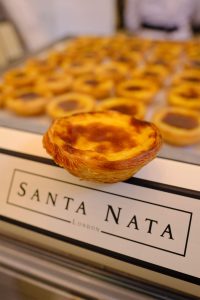 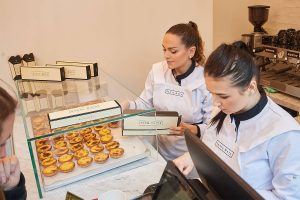 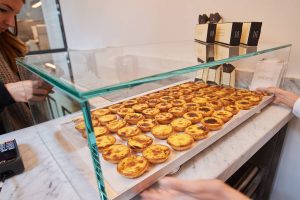